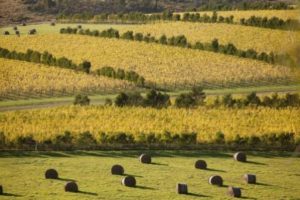 Letter to the Editor

I’m puzzled. Farmers in the Inland Northwest grew wheat for 100 years before the lower Snake River dams were completed. Many wheat farmers on the Palouse ship by rail while others truck their wheat to barges on the Columbia. Wheat growers in Montana don’t barge any wheat, but they remain in business.

With the loss of container shipping on the lower Snake, garbanzos and lentils and peas (pulse) are now transported by truck and rail. I haven’t read any newspaper articles about pulse processors closing shop. I have read that area farmers are expanding their production of pulse crops.

If one of the dams or locks on the lower Snake suffered irreparable damage or the cost of repair was well beyond any possible economic justification, do you think the wheat farmers who still use the barge system would stop growing wheat?

Almost 90 percent of all freight shipped on the lower Snake River is grain. What if the farmers who still ship grain by barge had to pay even a third of the $10 million annual direct taxpayer cost of lock operations, and/or the $10 million spent on the last dredging project to keep the navigation channel open to the Port of Lewiston? How long do you think barging would last on the lower Snake?