For the Nez Perce Tribe salmon are a way of life. The tribe depended on salmon for sustenance, and their creation story features salmon, which offered themselves to feed the people.

In 1855, the Nez Perce Tribe signed a treaty with the United States. In it the Nez Perce retained total fishing rights on all streams and rivers within the boundaries of the original 13.4 million acre reservation that extended outward to “all usual and accustomed places,” including the lower Snake and Columbia rivers. They were not the only tribe to fish and have treaty rights on the Snake, the Palouse also lived along the river, and downstream, the Yakima, Umatilla and Warm Springs tribes were supported by the abundant fisheries of the watershed.

Commercial navigation began on the lower Snake River in 1861 with the discovery of gold in the Clearwater basin of Idaho, and the hub of the era’s commerce was the city of Lewiston where shallow-draft sternwheelers arrived with goods to support the region’s boom towns. After gold played out in the mountains east and south of Lewiston the city shrank, and the sternwheelers were largely replaced by railroads.

For decades railroads transported goods to and from the lower Snake region, but farmers were limited by the price that rail operators set. The waterway, politicians reasoned, could create a new source of competition to drive prices down.

Cannel development on the lower Snake River was authorized as early as the 1910s when the U.S. Army Corps of Engineers began clearing a 5-foot deep navigable channel from the Columbia River to Lewiston Ohio. They blasted, dredged and built dykes to clear the way for ships to pass. However, because the river flows fluctuated, the channel was only navigable in the spring. Farmers and merchants began organizing to push for a series of locks and dams that would create slack water up to Lewiston year-round. The Corps original reports opposed dam construction because of lack of traffic, but groups taking note of countless other dams being built in the Northwest, argued first build then wait for development. The Inland Empire Waterways Association or IEWA led by Herbert West was responsible for lobbying legislators to put pressure on the Corps to write proposals for congress.

In the 1930s and 1940s, multiple proposals to build dams on the lower Snake failed basic cost-benefit analyses. In 1938 the Corps sent a series of three official letters and reports to Congress, and all three stated that transportation benefits were insufficient to justify the large cost of dam construction on the lower Snake. Proposals were also shot down by effective lobbying from the Bureau of Reclamation and the railroad industry. At that time the Corps and the Bureau were competing for dam building contracts. Pressure from the IEWA only continued to increase on the Corps to find a way to justify the projects.

At the time the Northwest was awash in hydroelectric power—and more wasn’t needed. Still, they added hydropower to project proposal purpose. In order to get its cost-benefit analysis to pencil out, the agency added to its hydro benefit calculations the “cost of equivalent power produced … by steam-electric plants.” This gave the Corps a positive investment ratio, although the power would be completely unnecessary.

The Corps pursued these proposals with unscrupulous cost to benefit ratios despite advance notice that the dams would decimate the region’s abundant salmon. “The problem of passing migratory fish over dams on the lower Snake River was discussed with representatives of the U.S. Fish and Wildlife Service, State of Washington Department of Fisheries, Fish Commission of Oregon, Oregon State Game Commission, and the State of Idaho Department of Fish and Game,” according to a 1947 Corps report on the dams. “The consensus of opinion of these agencies was that any series of dams on the lower Snake River would be hazardous and might entirely eliminate the runs of migratory fish in that stream.”

A proposal for the project was finally approved in the Rivers and Harbors Act of 1945, authorizing congress to construct “such dams as are necessary” for the primary purpose of navigation and secondary purpose of hydropower generation. Bonneville Power Administration or BPA would market the power, already on it’s way to control the largest bloc of power in the West.

Between 1957 and 1975 the four lower Snake River dams (Lower Granite, Little Goose, Lower Monumental and Ice harbor) were erected by the Army Corps of Engineers. Even given the approval by congress, their construction was challenged by those who saw their non-necessity and harm to the environment.

Concern over fish passage and government spending preceded the appropriations from congress to fund construction. Fishery agencies were against the project even though they never really believed they could halt it. Appeased by the Corps hiring fish passage experts and  development of a less lethal turbine design, the opposition waned. President Eisenhower posed a challenge with a new policy of “no new starts” for federal multipurpose dams. However after  Herbert West of IEWA and Senator Warren Magnusen teamed up, it took them two years to declare victory. Construction began in 1957 and Ice Harbor was completed in 1962.

With the first dam built, it was anticipated to be easier to build the remaining three. Compared to Ice harbor, protest of Lower Monumental by fisheries people were mild. Agencies worked with the Corps to develop fish passage facilities at the dam. The National Wildlife Federation testified against the project, but it was too late, their pleas were ignored by the majority convinced that solutions existed to the “fish problem”. Controversy arose over preserving the Marmes archeological site (one of dozens inundated by the four dams), but funds for construction began to flow, and Lower Monumental was built from 1960 to 1969.

In the late 1960’s BPA Administrator Charles Luce appeared before congress to say the Corps should delay Little Goose and Lower Granite construction because BPA had a surplus of energy.

Conveniently following this interruption, an intertie deal with Canada was proposed. This would connect power lines across 11 states, giving BPA the ability to sell surplus power and meet new customers needs. This increased energy demand secured a reason for construction of Little Goose Dam. It was built with little controversy from 1965 to 1970.

Lower Granite, the last dam to be built, saw the most delay as construction was scheduled to begin during the height of the environmental movement. The first Earth Day scheduled for spring 1970 brought a change in public opinion that increased concern over dam construction. Vocal opposition by the Association of Northwest Steelheaders highlighted gas bubble trauma that was already affecting juvenile salmonids (smolts) as they migrated past the spill way of the recently completed three lower dams.  By 1970 the National Marine Fisheries Service (NMFS) estimated that supersaturated gasses killed 70% of Snake River smolts. The NMFS immediately began transporting juvenile fish by truck, airplane and barge, releasing them near the mouth of the Columbia. A solution the Corps originally thought would be temporary, it is still in place today to reduce juvenile mortality.

In summer of 1970 the State of Washington entered a lawsuit on the side of the environmental groups against the Corps. Outspoken were the state fishery agencies that accused the CORPs of ignoring the 1958 Fish and Wildlife Coordination Act by not giving proper recognition to the mitigation of fish and wildlife losses. President Nixon also cut the funding for public works during the Vietnam war which added to the delay.

All the while, dam proponents lobbied hard to get the project finished, since Lewiston would only gain navigation benefits once it was completed. To fight back against the environmentalists the Corps launched a pro-dam public relations campaign whose claims were even challenged by US Fish and Wildlife service. In a brochure entitled Facts About Lower Granite Project the Crops asserted it could pass fish over the dam with “very little delay or loss” and that “the amount of fish in the river is expected actually to increase.” The Corps proceeded by filing legal motions to dismiss the Steelheaders’ suit and refused to slow construction plans. Oregon’s republican senator Mark Hartfield was able to convince Nixon to release the necessary funds with an impassioned letter sent late in 1969. Because the court never requested that the Corps halt it’s progress, Lower Granite was completed in 1975.

By 1986 Snake River populations of coho salmon were extinct and sockeye salmon were approaching extinction. By the mid-1990s, all Snake River salmon populations were protected by the Endangered Species Act (ESA), including Spring/Summer chinook and fall chinook. Fishing opportunities became practically non-existent for non-tribal members. Under the ESA recovery is the responsibility of NOAA, but unfortunately NOAA has failed to be successful.

When federal agencies propose action that affects endangered species NOAA produces a biological opinion or BiOp that directs action. BiOps have been produced in 1993/1995, 2000, 2004, 2008/10, 2014 and each time has been challenged in court for failing to comply with the endangered species act. Federal judges have sided with plaintiffs since 2000 expressing that NOAA’s plans are not aggressive enough to recover endangered species, and merely perpetuate the status quo. Judge Simons last ruling in 2016 called for a new EIS that must examine breaching, hoping to break the decades long cycle of court-invalidated BiOps.

In the 2002 Environmental Impact Statement entitled Lower Snake River Juvenile Salmon Migration Feasibility Report the Walla Walla District analyzed breaching/removing the earthen portion of the four dams. They appropriately said that this action had the highest probability to recover endangered species however they vastly understated the costs of maintaining and operating the four dams on the lower Snake into the future. Thus the report concluded that modifications to the dams would be implemented, still predicting the recovery of 13 species of threatened and endangered salmon and steelhead, and that the economic benefits of keeping the dams in place far exceeded those of a free-flowing river. They have not.

In 2008 federal agencies headed by the Bonneville Power Administration orchestrated a $1 billion deal with regional tribes and states—The Columbia Basin Fish Accords—that exchanged their allegiance to the status quo of dams for funding hatchery and habitat restoration efforts.

“Signatories had to stop fighting the biological opinion, which the tribes had attacked in court for its failure to help fish,” according to a December 8, 2014 article in High Country News. “They also agreed not to advocate for dam breaching or increased spill—water that’s allowed to flow over dams, rather than through turbines, to help juvenile fish survive their trip downriver—until the deal expired in 2018. ‘My reaction was that (the Accords) were bribes,’ said Michael Blumm, a professor at Lewis & Clark law school.”

A 2015 professional revaluation of the 2002 report—correcting earlier cost projections with now available actual costs, and addressing omissions, errors, miscalculations and faulty assumptions—demonstrates the Walla Walla District understated the true cost of keeping the dams in place by a staggering $160.7 million on an average annual basis.

It is becoming increasingly clear neither Bonneville Power Administration nor the Army Corps can afford to keep the four lower Snake River dams in place. 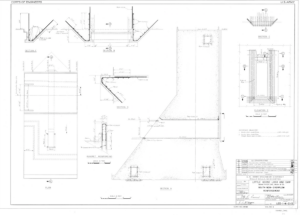 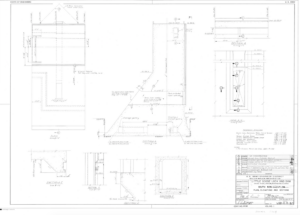 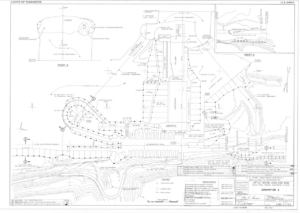 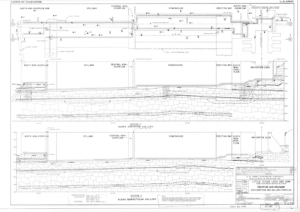