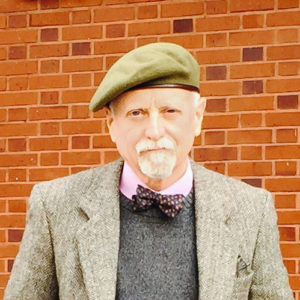 Jim Waddell is a Civil Engineer who is retired from a 35 year public service career with the U.S. Army Corps of Engineers. For over twenty years of that career he has been a leader in developing the policies and practice of Sustainable Development within the Federal family. He also served with the Environmental Protection Agency and the National Science Foundation. His work with the NSF and then as the Senior Policy Analyst for the Environment in the White House Office of Science and Technology Policy was largely focused on climate change policy, budgets and research integration. He was the first in the Federal Government to identify and integrate all the global warming research programs allowing scientific information to better inform National and International policies. His efforts in 1989 helped establish and organize the US Global Change Research Program. In 1999, Mr. Waddell became the Deputy District Engineer for Programs at the Walla Walla District at the time the Lower Snake Feasibility Study was into its 5th year of development. This $33 million study was the most comprehensive ever undertaken by any government to determine the feasibility of breaching dams to restore salmon runs. His recommendation to breach the dams based on the study and input from over 100,000 commenters who were largely in favor of breaching, was ignored. After his retirement from the Corps in 2013 he has undertaken a reevaluation of the study and his work shows that the magnitude of cost errors in the report clearly supports the conclusion that breaching the 4 Lower Snake Dams is not only a sound biological choice but will prevent the waste of millions of taxpayer’s dollars and loss of economic benefits to the Nation and region.

For additional information on current work with the Snake River Dams visit: Damsense.org